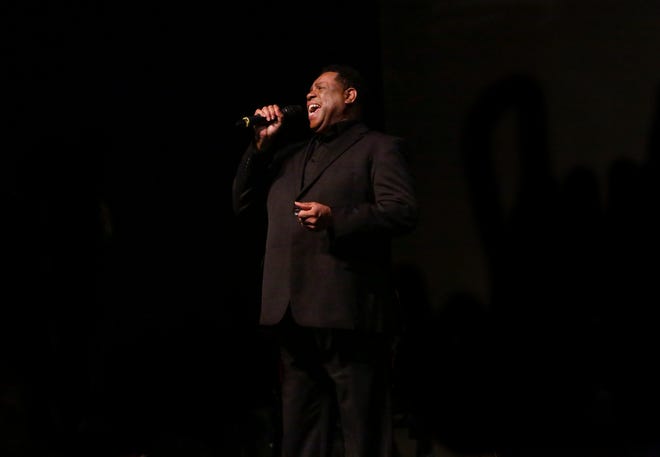 Entertainment for a cause

The Westcoast Black Theatre Troupe is trying to raise money to help the people of Haiti as they recover from a 7.2 magnitude earthquake and the rains that came from Tropical Storm Grace. The company will present “Help for Haiti: A Benefit Concert” at 2 and 7:30 p.m. Sunday featuring founder and Artistic Director Nate Jacobs and a number of favorite WBTT artists. The 90-minute show will including songs meant to provide encouragement and inspiration, such as “Lean on Me,” “We are the World” and “Put a Little Love in Your Heart.” Proceeds will benefit Project Light International, a Bradenton-based nonprofit that works to provide emergency first responders, nurses and other medical professionals to help rescue and treat those in need. Jacobs is a co-founder of the organization. Performances are in the WBTT Theatre at 1012 N. Orange Ave., Sarasota. Masks are required and there will be no intermission and no concessions sold. Tickets are $27. For more information: 941-366-1505; westcoastblacktheatre.org

Ticket Newsletter:Sign up to receive the latest news on things to do, restaurants and more every Friday

The Dingbat Theatre Project got a lot of attention a few months ago for its small-cast, outdoor and family friendly production of “Shrek, the Musical.” Now, the new company is going for a more adult challenge with the opening of John Cameron Mitchell and Steven Trask’s hit musical “Hedwig and the Angry Inch.” It will be presented in a new performance space created at the Bazaar on Apricot and Lime, 821 Apricot Ave., Sarasota. Luke Manual McFatrich, who created the company, stars as Hedwig Schmidt, the would-be international rock star who has been sidelined by anger and regret after a botched sex change operation. But Hedwig is out to show off her talent with the help of her husband, Yitzhak, played by Amanda Heisey. Brian F. Finnerty stages and designs the production, which opens at 7:30 p.m. today and continues through Sept. 11. Tickets range from $15-$50 (for VIP seats, including a free drink). Face masks are required for all audience members, and the performers have been vaccinated. For ticket information and more details: dingbattheatre.org.

A symphony of percussion and rhythm

The success of a series of outdoor chamber concerts by the Punta Gorda Symphony suggests that audiences have been missing live classical music. This summer, the organization launched a new indoor chamber music series, which comes to a close at 7 p.m. Saturday with a performance by the symphony’s percussion ensemble at the Florida SouthWestern State College Charlotte Campus Rush Auditorium, 26300 Airport Rd., Punta Gorda. The program is led by principal percussionist Dean Anderson, formerly with the Boston Ballet Orchestra, who is joined by Scott Crawford, Isaac Fernandez Hernandez and Tihda Vongkoth. The program focuses on work by such living composers as Alice Gomez, Ivan Trevino and Andy Akiho, but there is also a touch of Scott Joplin and more. Tickets are $30, $15 for students. For more information: pgsymphony.org

‘God’ explains all at Venice Theatre

There may be more to all those Bible stories you’ve been taught all your life about the Garden of Eden, Noah and the ark, Abraham and Isaac and more, In “An Act of God,” the almighty himself appears in human form (looking a lot like the actor Brad Wages) in a production of David Javerbaum’s comedy in the Pinkerton Theatre at Venice Theatre, 140 W. Tampa Ave. And God apparently has a lot to say about some of these stories, and how they have been interpreted (or misinterpreted) over the years. Javerbaum has written for “The Daily Show” and Stephen Colbert and posts frequently on his Twitter page @TheTweetofGod. In the play, with a couple of archangels, God reveals some secrets of the Bible and addresses some of the biggest questions people have had about life. “An Act of God” opens at 7:30 p.m. today and continues through Sept. 5. Tickets are $22, $15 for college students and $12 for students through 12th grade. Face masks are required for all patrons. For more information: 941-488-1115; venicetheatre.org

A world of art at The Ringling

In addition to its regular collection, The Ringling is always hosting special exhibits, like the recently opened “Prints, Ceramics and Glass from Japan” in the Chao Center for Asian Art. It features modern and contemporary works drawn from The Ringling and private collections. It continues through Jan. 16. The museum is also participating in the regional “Skyway 20/21” exhibition featuring work by artists from the Tampa Bay area and involving the Tampa Museum of Art, Museum of Fine Arts, St. Petersburg and the University of South Florida Contemporary Art Museum. The Ringling portion continues through Sept. 26. And in the Circus Museum, you can see “Women in Print,” which showcases circus posters highlighting the performances and accomplishments of some of the most acclaimed female American circus performers. The Ringling is at 5401 Bay Shore Rd., Sarasota. 941-359-5700; ringling.org.

Comedy with a purpose

Three comedians will be working for laughs and to raise money for two local non profit organizations in two-performances of the sold-out Laughter in LWR Stand-Up Comedy Series at 5 and 8 p.m. Saturday. Happy Cole, who began his comedy career in Tampa, is joined by Mariannette Torres (known as “La Puppet”) and Jeff Jena, who has a busy career with corporate and cruise ship gigs. The show is described as “clean comedy,” free of profanity and potentially offensive topics. The event is presented by Knock Out Marketing & PR and the Grove restaurant, which is hosting the program at 10670 Boardwalk Loop, Lakewood Ranch, to benefit The Players Centre for Performing Arts and the Humane Society of Manatee County. Players Centre Artistic Director Jeffery Kin is the host. For more information: 941-893-4321.

This weekend is your last chance to see two of the four shows currently running on Florida Studio Theatre stages. Richard Dresser’s dramatic comedy “Rounding Third,” running through Sunday in the Gompertz Theatre, is about two fathers who take different approaches to working as Little League coaches. “Great Balls of Fire,” a cabaret salute to the career of rock legend Jerry Lee Lewis, also closes Sunday in the Court Cabaret. “Shades of Buble,” a three-man salute to the music of Michael Buble, continues through September in the Goldstein Cabaret, 1241 N. Palm Ave., Sarasota. Fans of FST Improv can experience the “Comedy Lottery,” in which 12 audience members determine what happens to a team of improvisers at 7 p.m. Saturdays in Bowne’s Lab Theatre. For more information: 941-366-9000; floridastudiotheatre.org

Fans of the musical “Godspell” have until Sunday to see the latest local production presented by students from Rise Above Performing Arts. The musical, featuring a score by Stephen Schwartz, tells the story of Jesus and his lessons in the form of parables and musical numbers drawn from the Gospel of Saint Matthew. Owen DeMaio plays Jesus and Dylan Ramon is Judas in the production presented in the company’s home at the Crossings at Siesta Key Mall, 3501 S. Tamiami Trail, Suite 1105, adjacent to CineBistro. For ticket information: 941-702-4747; riseabovearts.com

The Bishop Museum of Science and Nature is putting a focus on marine mollusks with its new exhibit “Battles of the Boneless.”  The museum describes it as a comic-book themed exhibit that “explores the adaptations that have allowed mollusks to become one of the largest and most diverse animal groups on the planet, with more than 93,000 species.” The exhibit, which was developed by the museum’s own curators, focuses on five groups of marine snails: tritons, conchs, cones, moon snails and murexes. The museum also welcomed two new manatees. The exhibit is included in regular museum admission. 201 10th St. West, Bradenton. 941-746-4131; bishopscience.org

Herald-Tribune art critic Marty Fugate says an ambitious new exhibition of work by Florida’s Highwaymen, goes a long way to helping viewers appreciate the Black artists who built careers by selling painters on highway intersections. “We Dream A World: African American Landscape Painters of Mid-Century Florida, The Highwaymen” is on display in the Selby Botanical Gardens Museum of Botany and the Arts through Sept. 26.  The exhibit is included with regular Selby admission at 1534 Mound St., Sarasota. For more information: selby.org