The DeanBeat: The learnings of the week in games

All the sessions from Transform 2021 are available on-demand now. Watch now.

The online-only Game Developers Conference had 550 talks scheduled this week, and some of them are still happening today. They reminded me what I love about games. No matter how much I think I know about games, they are so vast that I can always learn something new.

And this week, I learned both good things and bad things.

Osama Dorias, a lead gamer designer at Warner Bros. Games Montreal, was one of three speakers who opened the conference with a touching mainstage talk dubbed “Designing From The Heart.”

He was born in Baghdad, and left Iraq just before the 1980’s Iran-Iraq War. His family settled in Montreal, which became a haven for video game development. He recalled growing up in the 1970s and 1980s with action movies that had Muslims as the villains. Games were a haven for a while, but they eventually followed Hollywood with the rise of first-person shooters. He became a game designer and was responsible for the narrative of Dungeon Hunter 4. While it was on the surface a story about fighting demons, his narrative was about misrepresented minorities overcoming their challenges and a message that we are stronger together. He worked within preset boundaries to do something meaningful.

Three top investment pros open up about what it takes to get your video game funded.

Dorias prepared for his talk by asking the game community if they had put anything personal into their games. He got more than 300 responses. Patrick Redding told Dorias that Far Cry 2 had characters inspired by people he had met on his travels whose lives had been disrupted by war or persecution. In Grand Theft Auto V, developer John Diaz said the Downtown Cab. Co. was inspired by his father, who started as a taxi owner and worked up to driving a private car (a black Lincoln).

Above: Devs memorialized their real friends in a scene in The Walking Dead: Season 3.

Juan Vaca added a picture of his best friend, who had passed away, to a memorial wall in The Walking Dead: Season 3. Other devs also added people they lost to the memorial. Richard Flanagan sourced the sound of his first daughter, in utero from an early sonogram, in the beginning of the game Fract. It is the source of all energy in the world.

Dorias introduced his three kids to game development by making personalized games with them. They have now made many games together, and Dorias showed a stop-action film that his son made. He learned as a child that his personal identity was misrepresented, and that matters to him. As a developer, he learned adding a personal touch to games is hard, but rewarding. As a member of a (game dev) community, he sees his story through the experiences of others and he finds shared yearning. As a father, he learned to bring his full self and find ways to connect people and bring out the best of themselves, too.

Dorias realized he wanted to work on meaningful games.

“Putting ourselves in our games makes them meaningful,” he said. “Meaning enriches the work and creates connection.”

That talk was short, but it took Dorias a lifetime to learn what it means to make games from the heart and to share that learning with us. 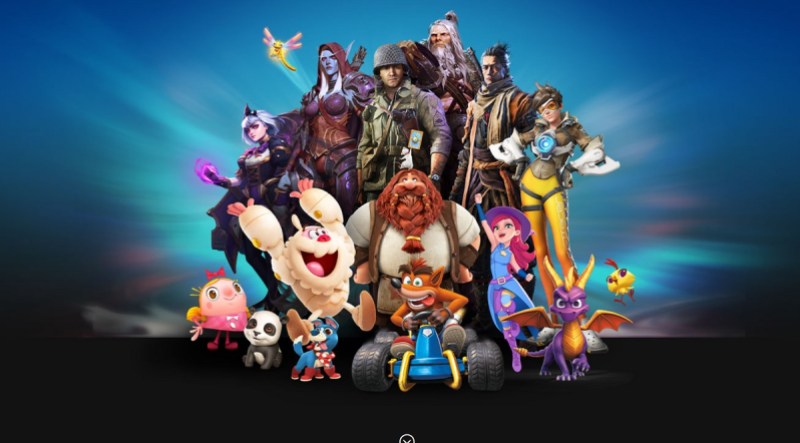 If you read the sex discrimination lawsuit against Activision Blizzard, you probably also learned something about the industry this week.

The California Department of Fair Employment and Housing sued one of the biggest companies in the industry for having a “frat boy culture” that demeaned women, promoted men above women, paid women unfairly, harassed women, and in one case may have even led one woman to commit suicide. The company vociferously denied the claims, especially the last one. I am almost certain that many insiders didn’t see this side of the culture, and they’re surprised that the agency would spend two years on an investigation and come to a different conclusion.

Looking at the reactions on social media, many people acknowledged they were clueless about such conditions. They said the allegations were shocking and so ugly. Many women then replied that they were shocked that — after the experiences we’ve seen at companies like Riot Games and Ubisoft — that people are still shocked that such behavior happens in the game industry. I learned something, too. I was shocked that, given these kinds of accusations, the lawsuit even happened because so many parties have a record of doing nothing. In the past, such allegations would be swept under the rug at any company. I believe other people are shocked that more companies aren’t being hit with such lawsuits. So many reactions, so many different interpretations of what we learned.

Whatever we might believe, this lawsuit was perhaps the most discouraging thing we learned this week, and I’m sure the most divisive as well. I’m not making any assumptions about what the facts really are, as no actual names are tied to the allegations yet. But something tells me we’re going to learn so much more before this is done, and I’d like to learn the truth. It reminds me of the Apple v. Epic Games antitrust case, where we learned so much about the game industry based on the evidence in the trial.

Geena Davis’ findings on masculinity in gaming and streaming 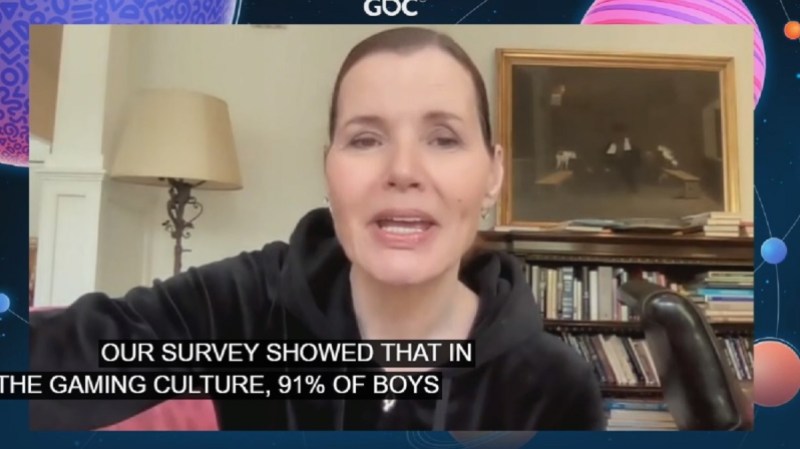 I also learned something this week from an unexpected source: the actress Geena Davis. She spoke in a panel at GDC as the founder of the Geena Davis Institute on Gender in Media. Davis spoke in a GDC session with Mitu Khandaker, the CEO of Glow Up Games and assistant arts professor at the NYU Game Center; and moderator Joel Couture, the editor-in-chief of IndieGamesPlus.

The institute released a study on masculinity in gaming and streaming that’s eye-opening. The researchers analyzed 27,564 characters in 684 gameplay segments from sessions with the top 20 Twitch livestreamers. The results were very similar to those highlighted in Tropes vs. Women by Anita Sarkeesian’s Feminist Frequency. Twitch was analyzed as the new mainstream media for gaming, as 37.5 million Americans tune into it every month. 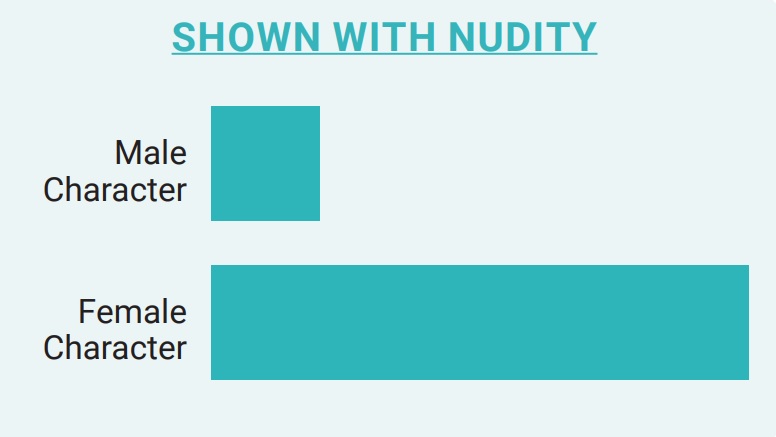 The results weren’t pretty, as Davis rattled off the stats. Among all characters, males outnumbered females 4-to-1. Among leading characters, girls and women were 27.6%. Female characters were far more likely to be visually or verbally sexually objectified than males. It goes on like that, and Khandaker recognized the irony of the release of the report on the day after the Activision Blizzard lawsuit.

All of the top 20 streamers are men, sexist language was used in 37.7% of their livestreams, with “bitch” being the most common gender slur. Streamers also used a variation of ableist language in nearly half of gameplay segments. I think we learned we need to watch something other than the top 20.

“Streamers often used ablest language in nearly half of the gameplay segments,” Davis said. “There’s a lot of negative stereotyping and violence and hypermasculinity going on in the characters that are being played.”

“You see the ways in which these representations box people in,” Khandaker said. “Representation matters. We know that. … When you’re taught over and over, that you’re not going to be represented, you internalize that, oh, maybe I don’t deserve to be represented. And this is something that a lot of us carry.” 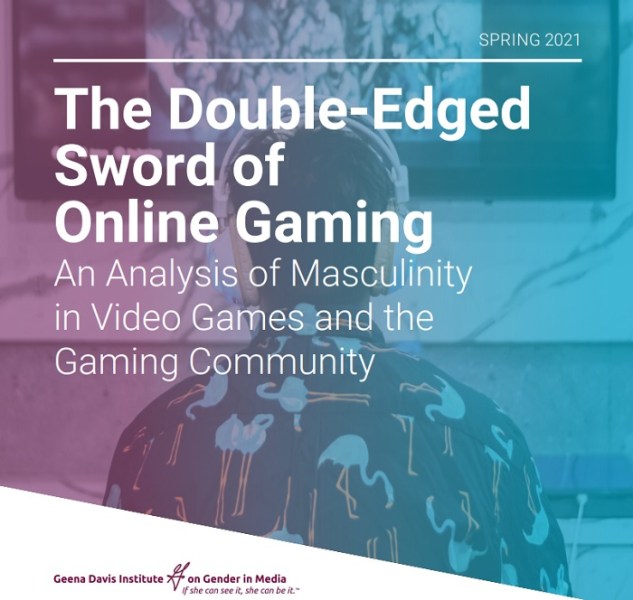 Above: Online gaming is a double-edged sword when it comes to masculinity.

As for young gamers, 54% ages 10 to 15 have witnessed cursing, 51% have seen making fun of people, and 37% have seen other players ganging up on one player. Davis asked if this is what we really want from our games, and it’s a fair question. Do we really want to train our boys to become hypersexual, homophobic, and aggressive men? Some of us may be wondering if the real intent of the study is to curb game violence and to scapegoat games. We’ve been down that road.

The study did show that games have more female characters than a decade ago, when the institute did its first study on games. But a large and persistent gender gap remains. And it noted many of the positive impacts of pro-social behaviors that games can produce.

But perhaps the real question is whether we’re even aware of the culture that we are creating around games. If we can correct the representation of people and reality in games, then maybe we can have a culture that won’t reinforce cultural and gender stereotypes that have been around for too long. The study has a lot of recommendations about how to recognize the bias and change it.

“It would be important I think, for developers to consider examining, ‘Do the male characters have to be aggressive all the time and repress their emotions and to fight anytime they feel threatened, which then resulted in more violence and more risky behavior?’” Davis said. “What are ways that the characters can face these challenges in the game more creatively, what other more creative and mentally challenging ways can they address these problems or more clever things that the characters can do rather than just shooting guns?”

Overall, the results found that the experience of masculinity in games is a double-edged sword for male gamers. On the positive side, streaming platforms are a vital space for connecting with male friends — these communities are a space where boys and young men can share their emotions and problems and be their authentic selves. But online spaces are also rife with identity-based prejudice, harassment, and bullying that are ultimately harmful to boys and young men, and also harmful because other community members who interact with this content may mimic or condone these behaviors online as well as offline.

Maybe this study isn’t new learning for us, but it’s reinforcing things that perhaps we should already know. And we should learn one more thing, Khandaker said. “These things start from the top,” she said.

GamesBeat’s creed when covering the game industry is “where passion meets business.” What does this mean? We want to tell you how the news matters to you — not just as a decision-maker at a game studio, but also as a fan of games. Whether you read our articles, listen to our podcasts, or watch our videos, GamesBeat will help you learn about the industry and enjoy engaging with it.

How will you do that? Membership includes access to: