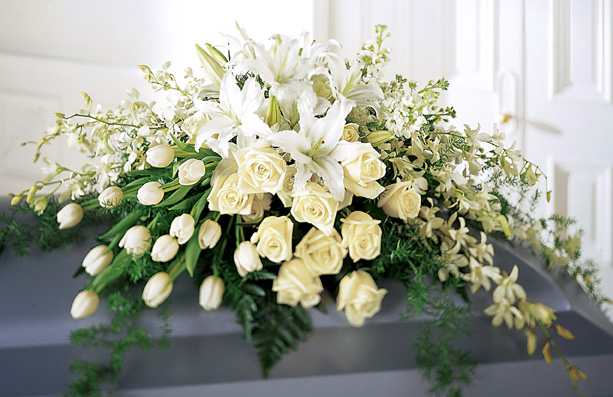 Clarence J. Lloyd, 96, of Willow Street and formerly of Oxford, passed away on July 2 in Hospice of Mt. Joy.

He was the husband of Edna Miller Lloyd, with whom he shared 75 years of marriage.

Born in Frackville he was the son of the late Clarence B. and Alma Meade Lloyd.

Clarence was retired from Chester Water Authority for 39 years as the assistant plant manager.

He was preceded in death by a sister, Anna Kirk and a brother, John Lloyd.

Mass of Christian Burial was celebrated on July 9 at the Sacred Heart Church in Oxford.

Interment will be in Oxford Cemetery.

In lieu of flowers, donations in his memory may be made to St. Jude Hospital,501 St. Jude Place, Memphis, TN 58105, or Schreiber Center for Pediatric Development, 625 Community Way, Lancaster, PA 17603.

Arrangements are being handled by the Edward L. Collins, Jr. Funeral Home, Inc. in Oxford. Online condolences may be made at www.elcollinsfuneralhome.com.

Wayne “Tom” Howard Maxwell passed away on July 7 at Mountain City Care and Rehabilitation Center. He was 85.

Tom was born on Sept. 19, 1935 to the late John and Betty Maxwell. In addition to his parents, he was preceded in death by his brother, seven sisters, and his son, Donald Maxwell, as well as great friends, Mac McMillan, Bob Eller, Fred Walsh, and Herman Hoosier.

Tom was born and raised in Mountain City, but moved to Oxford when he was 17. He worked in the mushroom houses and did small engine repairs until he found a job at the General Motors Company. He worked hard and never missed a day of work. He retired from GM after 25 years. He then moved back to Mountain City to enjoy retirement. Tom loved cars, fishing, hunting, and playing bluegrass music.

Tom never met a stranger and always had a story to tell. He loved spending time driving around town and visiting with the many friends he made over the years. Some of those close to Tom were Danny Cullop, Bill Adams, Bo Thomas, Jr Cornett, and John Greer and many others.

The family would like to thank the staff at Mountain City Care and Rehabilitation for taking great care of Tom, who was known to be a bit ornery from time-to-time. They would also like to thank the staff of Lois’ Café and Lisa and the ladies at Pleasant’s store for always being so kind to Tom and making sure he was well taken care of.

Services were held at the Mountain City Funeral Home on July 13. A private, family graveside service and burial was conducted at Sunset Memorial Park. Pallbearers were friends and family members.

Condolences may be sent to Mountain City Care and Rehabilitation Center c/o Bonnie Maxwell, 919 Medical Park Drive, Mountain City, TN 37683 and through the website at www.mountaincityfh.com.

Helen Louise (Vollmer) Fourney passed away suddenly on July 3 while surrounded by her family. She was 90.

Helen was the beloved wife of Edward B. Fourney. They had celebrated 69 years of marriage on June 2.

Helen was born, raised, and educated in Williamsport, Pa. She met Ed at a roller skating rink and later married and started a family. Ed was transferred to the Kennett Square area in 1960 while working for The Mushroom Transportation Company, and Kennett Square became their permanent home.

Helen’s life was devoted to her family.  She adored her granddaughters and their children. She celebrated her 90th birthday on June 4 at a family gathering and was absolutely delighted to be honored on her special day.

Helen and Ed enjoyed their home in Rehoboth Beach, Del. where they enjoyed fishing, crabbing and boating. Their small place was usually filled with family, children and friends. Many special memories were made for 30 years.

Her memorial service was held on July 8 at the Presbyterian Church of Kennett Square.

Burial was in Union Hill Cemetery in Kennett Square.

In lieu of flowers, contributions can be made to support research for CTNNB1 Syndrome. This was very important to Helen due to her great-granddaughter, Emilie, being diagnosed and living with this rare disease. She always wanted to help Emilie every way she could. Online donations can be made at: http://www.curectnnb1.org  or  Checks can be made out to Advancing CTNNB1 Cures and Treatments and sent to Advancing CTNNB1 Cures and Treatments Attn: Lauren Cochran, 8 Loantaka Lane, North Morristown, NJ 07960. Please put Emilie’s or Helen’s name on the check or in “Why I donated” on online donations so your donation can be honored with a thank you.

Thank you in advance for your support of Emilie. Helen would be so very happy.

Condolences may be shared at www.griecofunerals.com.

Joanne S. Kushner, 72, of Kennett Square, died peacefully on July 2 in the presence of her husband Dave, family and friends.

Born in Philadelphia on Oct. 19, 1948, she was the daughter of the late Andrew and Jessica (Salla) Fiore. Joanne was a 1966 graduate of West Catholic High School.

Joanne met Dave Kushner when she was just 17 years old. He was the love of her life. They married on Oct. 10, 1970, and together they shared 51 beautiful years of marriage, life and love. Joanne’s love for children led her to her first career as a teacher, teaching pre-kindergarten. Together, Joanne and Dave raised their son Andrew, whom she was most proud of. After raising their son, Joanne returned to work and found her true passion in the jewelry business. She started at Service Merchandise and then moved on to designing custom pieces with private jewelers. Joanne was extremely talented in her knowledge of diamonds, and received joy in knowing she helped someone design or select the perfect piece of jewelry.  Joanne had so much love and generosity for children, the elderly, the sick and the dying and cared for so many selflessly throughout her life. She treated each of her friends like family.

Joanne was happiest when she and Dave were spending time with their son, cooking her signature Italian dishes for her family and friends, and caring for their home. Her generosity compared to none as she was always in search of the perfect card, or gift for those she loved. Joanne had true compassion in her heart, as she continuously supported animal rights and our veterans, as well as many other charities in need.

In addition to her devoted husband, Joanne is survived by her loving son, Andrew Kushner of Newark, Del., her cousin Carol Lupo of Philadelphia, and her extended family and friends that will miss her dearly.

In addition to her parents, Joanne is preceded in death by her brother Salvatore Fiore.

A Mass of Christian Burial was held on July 9 at St. Patrick’s Catholic Church in Kennett Square.

Interment was at St. Peter and Paul Cemetery in Springfield, Pa.

Arrangements are being handled by the Kuzo Funeral Home in Kennett Square.

Please visit the online memorial by going to www.kuzoandfoulkfh.com.

Diane Thompson, a resident of Kennett Square, passed away on July 5 at Season’s Hospice at Christiana Hospital. She was 74.

She was the wife of Robert “Bobby” M. Thompson, Jr., who passed away in 2008, and with whom she shared 42 years of marriage.

Born in Wilmington, Del., she was the daughter of the late Troy Shupe, Jr. and the late Jean Hoosier Church.

Diane was a homemaker, but in earlier years she worked as a hairdresser.

She was a member of St. Patrick Catholic Church in Kennett Square.

She enjoyed going out to dinner with friends, shopping with her daughters, trips to the hairdresser and nail salon, and countless vacations with her family. She was known for being the organizer of all holiday gatherings and traditions and also the one to set up countless dates with her cousins to enjoy live music and delicious food. She never ended a day without calling her two daughters to say, “I love you and goodnight.”

Her grandchildren meant the world to her. She never missed an event and was their loudest cheerleader from the sideline. The minute she met someone they immediately had a connection and from then on they called her MomMom.

A funeral mass was held at St. Mary of the Assumption Church in Hockessin, Del.

Burial will be at St. Patrick’s Cemetery in Kennett Square.

In lieu of flowers, a contribution in Diane’s memory may be made to the Sanford School, 6900 Lancaster Pike, Hockessin, DE 19707.

To view her online tribute and to share a memory with her family, please visit www.kuzoandfoulkfh.com.

Amanda Nicole Dollar, 32, of Cochranville, passed away on July 3.

Born in West Chester in 1988, Amanda was the daughter of Donald Lee Dollar and Carolyn Dollar.

Amanda graduated from Octorara High School in 2007. Following graduation, she went on to become a certified nursing assistant and worked at Harrison House.

Amanda loved to spend her time outdoors and liked to swim, hunt and fish. She thoroughly enjoyed deep-sea fishing and handled herself like a pro on the roughest of waters. She was also an animal lover and had a special bond with her dog, a Cockapoo named Sassy. Amanda was loving, outgoing and friendly. Amanda’s free spirit will be deeply missed by all who had the pleasure of knowing her.

In addition to her parents, Donald and Carolyn, Amanda is survived by her daughter, Evelyn Rose Johnson and her significant other, Jessie Johnson; two brothers, James Dollar (Linda Pusey) and Donald Dollar, Jr.; her step-father, Stanley “Mackie” Snyder; Jessie’s parents, Peggy and Chris Johnson; as well as many friends.

Services were held on July 10 at Kuzo Funeral Home in Kennett Square.

Arrangements are being handled by Kuzo Funeral Home of Kennett Square.

To view Amanda’s online tribute and share a message with her family, please visit www.kuzoandfoulkfh.com.