For the First Time, The Full DC Comics Timeline Planned By Dan DiDio 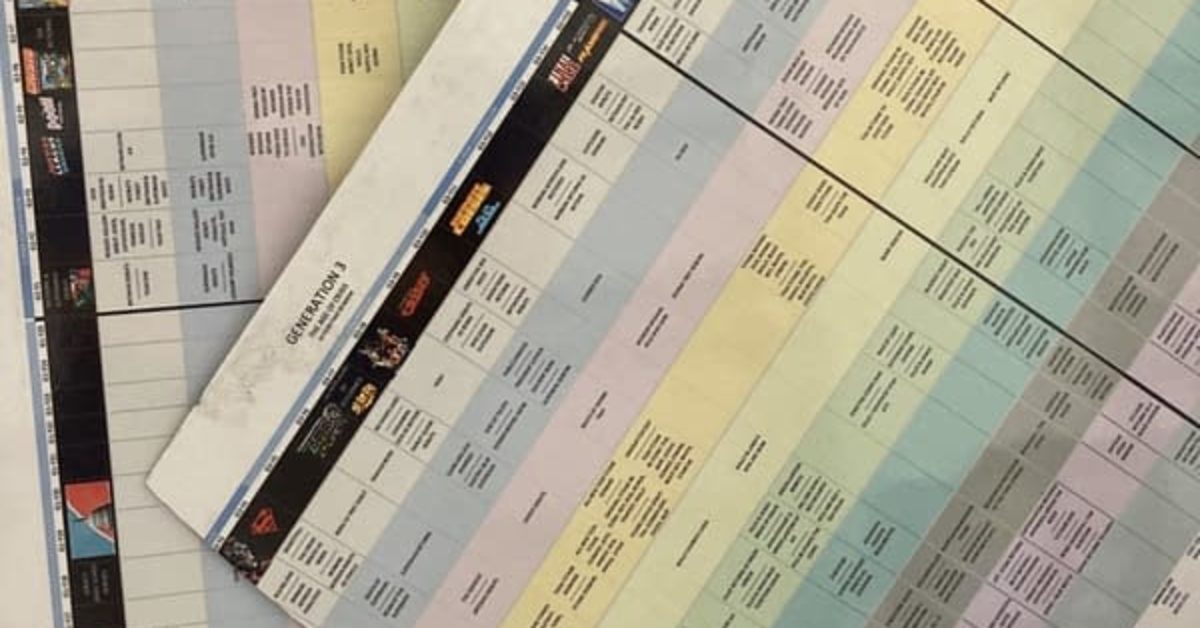 Last month, we got a better look at the DC Comics Timeline that was announced in 1999, meant to have been in the Free Comic Book Day comic for 2020 (until a million copies were pulped) and then was done away with as publisher Dan DiDio was fired. Since then we have managed to get more photos and, aside from some missing ages for characters, we now have the full planned DC timeline, shown below. Two things are very new – specifically which actual years were meant to tally with which column. That there is some playing with years, with some DC years taking in one or more real years. With a few skip points. And we have the observed ages of various characters through the timeline, maybe there was some time travel involved, I am not asking, but it means that Batman and Superman would have been in their late fifties when this was all meant to go down.

Just to recap, once upon a time, Dan DiDio and DC Comics Editorial were going to reset the entire DC Comics timeline for good, with its history spread over five Generations, with four taking up what had been published so far. Wonder Woman would have debuted during World War II, Superman and Batman much later – but then everyone would age in real-time (ish) from that moment, and the modern-day DC Comics mainstays would be much older, in time for the new legacy characters to take over their roles, and we would have 5G – or Generation Five. The end of Death Metal would have seen this new reality play out. And at New York Comic-Con, in the background, Dan DiDio debuted a big new look at the new DC Timeline. Which Bleeding Cool did our level best to transcribe. It was also published in full in the DC Comics 2020 Free Comic Book Day Generation Zero title. However then Dan DiDio was fired as publisher, and the 5G plan and the new DC timeline was junked, leading DC Comics to pulp a million copies printed of the FCBD title, and not one copy escaped onto the open market – a first for such an event. But now for the first time, we get a full idea of what was planned – until it was binned.