Celebrity birthdays for the week of Sept. 5-11 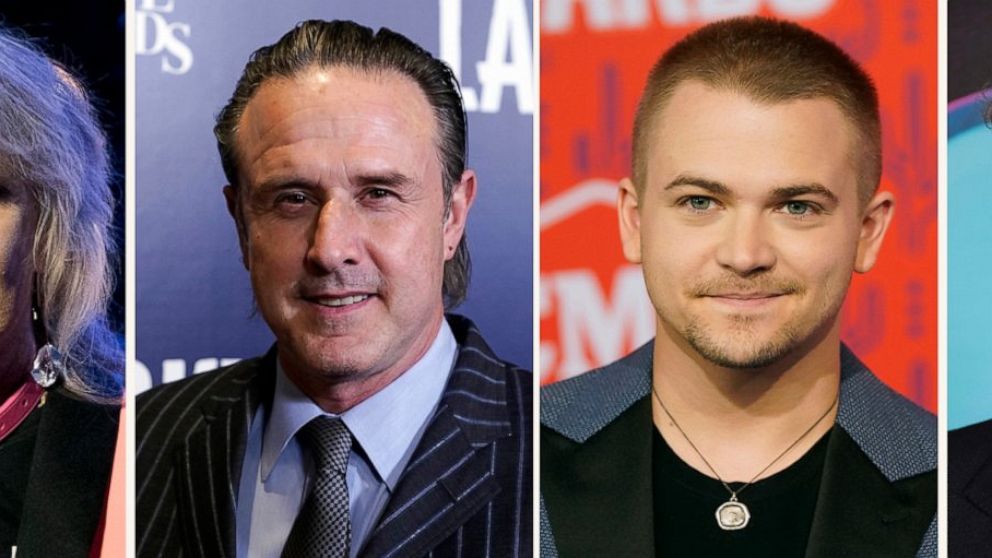 Celebrities having birthdays during the week of Sept. 5-11 include actor Michael Keaton, actor Idris Elba and singer Chrissie Hynde of The Pretenders

By The Associated Press

Celebrity birthdays for the week of Sept. 5-11:

Sept. 5: Comedian-actor Bob Newhart is 92. Broadway actor Carol Lawrence is 89. Actor Lucille Soong (“Fresh Off the Boat”) is 86. Actor William Devane (“Jessie Stone,” ″24″) is 82. Actor George Lazenby is 82. Actor Raquel Welch is 81. Singer Al Stewart is 76. Actor-director Dennis Dugan (“Big Daddy,” “Happy Gilmore”) is 75. Singer Loudon Wainwright III is 75. Saxophonist Mel Collins of King Crimson and of Kokomo is 74. Cartoonist Cathy Guisewite (“Cathy”) is 71. Actor Michael Keaton is 70. Drummer Jamie Oldaker of The Tractors is 70. Actor Debbie Turner-Larson (“The Sound of Music”) is 65. Actor Kristian Alfonso (“Days of Our Lives”) is 58. Singer Terry Ellis of En Vogue is 58. Drummer Brad Wilk of Rage Against The Machine (and of Audioslave) is 53. TV personality-musician Dweezil Zappa is 52. Actor Rose McGowan is 48. Actor Carice Van Houten (“Game of Thrones”) is 45. Keyboardist Kyle O’Quin of Portugal. The Man is 36. Actor Andrew Ducote (“Dave’s World”) is 35. Actor Skandar Keynes (“The Chronicles of Narnia”) is 30.

Sept. 10: Actor Philip Baker Hall (“Bruce Almighty,” ″The Insider”) is 90. Actor Greg Mullavey (“Mary Hartman, Mary Hartman”) is 88. Jazz vibraphonist Roy Ayers is 81. Actor Tom Ligon (“Oz,” ″Another World”) is 81. Singer Danny Hutton of Three Dog Night is 79. Singer Jose Feliciano is 76. Actor Judy Geeson (“Mad About You”) is 73. Guitarist Joe Perry of Aerosmith is 71. Actor Amy Irving is 68. Actor Clark Johnson (“Homicide: Life on the Street”) is 67. Actor Kate Burton (“Scandal”) is 64. Director Chris Columbus is 63. Singer Siobhan Fahey of Bananarama is 63. Actor Colin Firth is 61. Singer-guitarist David Lowery of Cracker is 61. Actor Sean O’Bryan (“The Princess Diaries” films) is 58. Drummer Robin Goodridge of Bush is 56. Guitarist Stevie D. of Buckcherry is 55. Singer-guitarist Miles Zuniga of Fastball is 55. Rapper Big Daddy Kane is 53. Director Guy Ritchie is 53. Actor Johnathon Schaech (“To Appomattox,” ″That Thing You Do!”) is 52. Contemporary Christian singer Sara Groves is 49. Actor Ryan Phillippe is 47. Actor Jacob Young (“The Bold and the Beautiful,” ″All My Children”) is 42. Bassist Mikey Way of My Chemical Romance is 41. Ballerina Misty Copeland is 39. Guitarist Matthew Followill of Kings of Leon is 37. Singer Ashley Monroe of Pistol Annies is 35. Actor Hannah Hodson (“Hawthorne”) is 20.