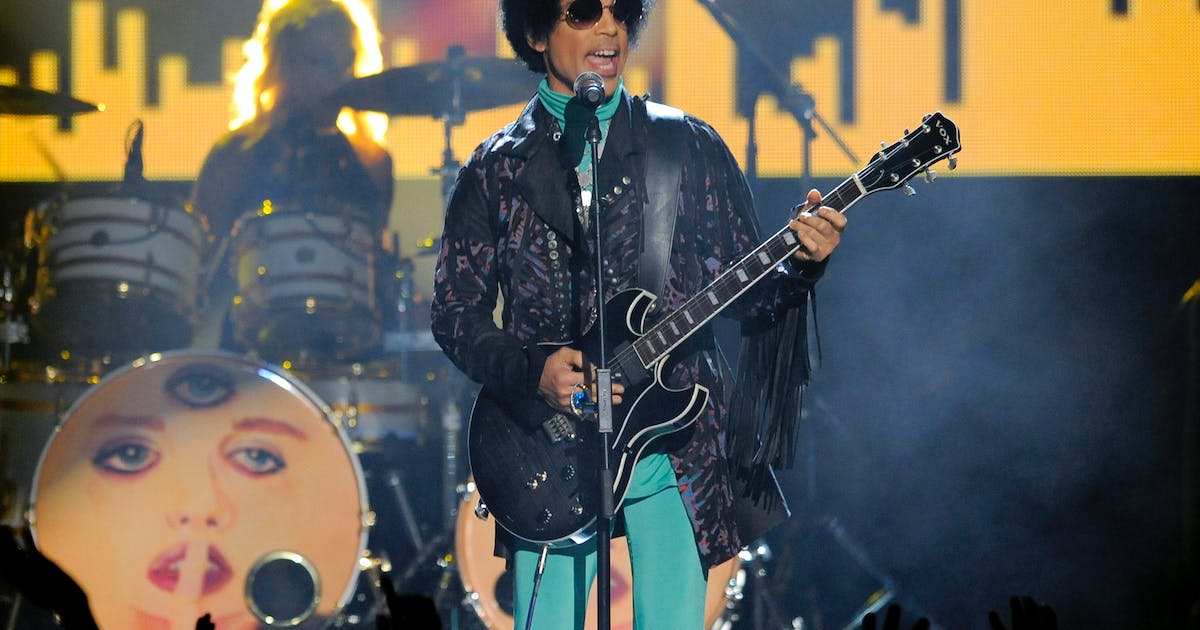 After being hotly contested for five years, Prince’s estate is now controlled almost equally by an aggressive, well-funded New York music company and the three eldest of the music icon’s six heirs.

Primary Wave, which owns a catalog of songs from Ray Charles to Nirvana, last month bought 100% of the inheritance of Omarr Baker, the youngest of Prince’s six siblings. Previously, the company bought 90% of Tyka Nelson’s stake and 100% of the late Alfred Jackson’s interest.

“There’s not much anyone can do about family members who sell out for the dollar. That’s their right,” said New York lawyer L. Londell McMillan, who represents Prince’s three oldest siblings, who have held onto their stakes.

More than five years after Prince Rogers Nelson died of a fentanyl overdose without a will, the tortuous resolution of his estate — and the eventual shape it will take — appears nearer than ever, although there are still issues unresolved.

“All we have to do is pay the IRS and pay the Minnesota taxes,” said Sharon Nelson, one of Prince’s six siblings. “I don’t see any problem.”

Nelson, her sister Norrine and brother John, all in their 70s or 80s, will together inherit half of Prince’s estate.

The key hold-up in settling the estate is the tax bill.

The IRS determined Prince’s realm is worth $163.2 million; Comerica tallied $82.3 million. Comerica’s valuation was so low the IRS slapped a $6.4 million “accuracy-related penalty” on the estate.

Comerica in turn sued the IRS in U.S. Tax Court a year ago, saying the IRS’s calculations were riddled with errors.

In late June, the IRS and Comerica filed a partial settlement in Tax Court. The IRS had originally valued Prince’s real estate at $21.4 million; Comerica at $15.7 million. They settled at $17.7 million.

Almost all of that property is in Chanhassen, where Prince owned more than 185 acres. New houses have sprouted on much of it since Prince’s death.

The IRS and Prince estate’s also settled on the value of four properties owned by the musician’s companies, including Paisley Park studios ($4.8 million) and a Turks and Caicos retreat ($9.8 million) as of his death in April 2016.

“It’s not surprising that the real estate was settled first,” said Michael Smith, an estate planning attorney at Larkin Hoffman in Minneapolis who is not involved in the case. “It’s something that can be appraised and evaluated more easily than music rights.”

Comerica also is battling with the Minnesota Department of Revenue, which adopted the IRS’s findings.Comerica has asked that its state tax appeal be held in abeyance until the federal case is settled — a common move in such proceedings.

If the estate and the IRS can’t agree to terms on intellectual property — which includes his music and its royalties — the dispute would go to trial in St. Paul.

“Whatever happens we’re going to see to it that we don’t go to trial,” said Sharon Nelson, already concerned about mounting legal fees.

The unwinding of Prince’s estate is one of the most complicated and expensive probate cases ever in Minnesota. At the time of his death, the musician had no wife or children, so next in line are his five half-siblings and full sister, Tyka.

Primary Wave, among other suitors, made offers to Sharon, Norrine and John Nelson a couple of years ago, but they declined. “We’ll never sell out,” Sharon said. “We know the prize.”

Tyka Nelson and Omarr Baker “didn’t have the patience to wait,” Sharon Nelson said. Baker, who did not return a request for comment, sold his entire inheritance on June 30.

Tyka Nelson, Baker and Jackson took out loans early in estate proceedings, ultimately turning to Primary Wave to bail them out by buying their stakes, McMillan said.

While settlement of the estate dragged on, fees that all six siblings owed to attorneys mounted into the millions of dollars. Jackson alone had at least $900,000 in unpaid legal bills when he died in August 2019 at his home in suburban Kansas City.

The 66-year-old suffered heart failure within hours of signing a deal with Primary Wave to sell 90% of his interest in Prince’s estate. He had no wife or children, but he had a will and left everything — including his Prince estate proceeds — to Raffles Van Exel.

Van Exel bills himself as an entertainment consultant and is best known for cozying up to celebrities and hanging out with Whitney Houston in her last days. He also was a creative force behind O.J. Simpson’s notorious “If I Did It” book project.

Shawn Jackson and two other siblings of Alfred’s, who are not related to Prince, contested their brother’s will in a Missouri probate court, as did Baker.

In March, a Jackson County, Mo., judge approved a final settlement on Jackson’s will. Shawn Jackson and his three siblings, as well as Van Exel, will split Jackson’s estate — essentially proceeds from the Primary Wave deal, said lawyers who reviewed the judge’s order.

Primary Wave’s success in capturing a big chunk of Prince’s estate is the company’s latest coup.

It has become a major force in the music industry since it was founded 15 years ago by Lawrence Mestel, a former top executive at Island and Arista record labels. Privately held, Primary Wave got its start by buying half of deceased rock star Kurt Cobain’s Nirvana catalog.

Funded by big institutional investors, Primary Wave has amassed a war chest of around $1 billion in recent years. Nowadays, it owns thousands of song copyrights from artists both living and dead, including Whitney Houston, Bob Marley, Glenn Gould, Stevie Nicks and Smokey Robinson.

“Primary Wave is a great company, man, because they promote you,” Robinson told the Star Tribune. “That’s the reason I went with them. … I’ve gotten several commercials and a watch deal with Shinola out of Detroit.”

With Primary Wave on one side of the table, the three eldest Prince sibling heirs have at their side McMillan and Charles Spicer.

McMillan is a veteran New York entertainment lawyer who worked with Prince for several years as well as the estates of Sammy Davis Jr. and rapper the Notorious B.I.G. Spicer is a New York musician and producer who met a teenaged Prince before he signed his Warner Bros. Records contract.

Sharon, Norrine and John Nelson have transferred a portion of their interest in Prince’s estate to McMillan and Spicer, according to a March court filing. Sharon said that portion is “very low,” though she wouldn’t specify how much.

“We had to get people to deal with Primary Wave,” she said.

So, enter McMillan, who said he hasn’t charged the three eldest Nelson siblings a dime for his services during the estate process because he feels he made enough money as the entertainment co-adviser to the Prince estate early in the interminable process.

“We’re anxious to end that era and start the era of treating the fans like partners of Prince’s musical legacy. They deserve it,” McMillan said. “We’re looking to bring Purple back. I hope that will be sooner than later.”

You have limit - count - 1 articles left