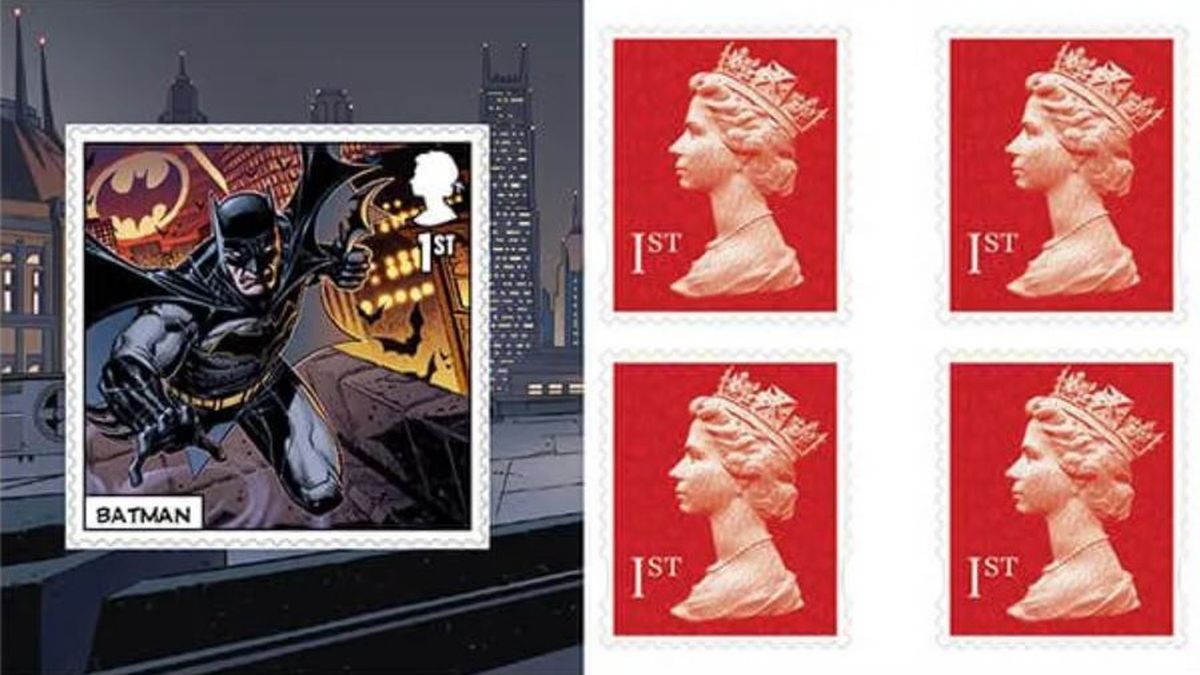 Batman, Wonder Woman, Superman, and other DC heroes are the latest to be featured in an upcoming line of stamps from the UK-based Royal Mail postal service. The formerly-government-owned postal service has partnered with Warner Bros. Consumer Products for 18 DC superhero-themed stamps which will go on sale September 17.

“Generations have grown up, spellbound by the adventures and the personalities of these superheroes and super-villains,” Royal Mail’s director of stamps and collectibles Matt Parkers says with the announcement. “These illustrations detail each character with such vivid imagery that they look ready to leap out of the stamp!”

Much like in comics, most of the stamps – 12 to be exact – will be Batman-centric, with the remaining six focusing on his Justice League allies.

Here are the 12 stamps from the Bat-family, which has solo stamps for Robin, Alfred Pennyworth, Batwoman, Batgirl, Nightwing, the Joker, Harley Quinn, the Penguin, Poison Ivy, Catwoman, and the Riddler. They’ll also be sold as a sheet set.

The other six will be presented on a miniature sheet, featuring stamps for Wonder Woman, Supergirl, Green Lantern/Flash, Cyborg/Aquaman, Supergirl/Shazam, and yes, another Batman.

The DC/Royal Mail stamps were designed by Interabang, with lithographic printing by International Security Printer. The sheets will are self-adhesive, with the others will have traditional stamp gum.

The stamps, along with related merchandise, are available for pre-order now through Royal Mail’s website and go on sale September 17.

Getting these as a gift for someone? Consider pairing it with one of the best DC comics stories of all time.