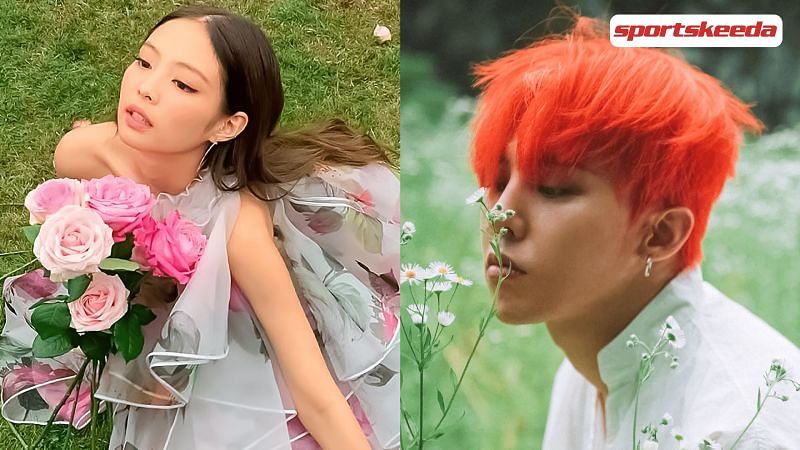 The “Jennie Kim and G-Dragon” rumors are back in full force once again, after the pair were spotted together at the former’s CF shoot recently.

Jennie Kim is a member of the 4-piece K-pop girl group BLACKPINK, while G-Dragon is a part of BIGBANG, a 4-member K-pop boy group. They are both currently signed under YG Entertainment, along with their respective groups.

With a new lead on the story came a new wave of reactions from people part of the K-pop community. Many were divided on how they felt about the alleged couple due to factors regarding their shared past.

Are Jennie and G-Dragon a couple? Fans seem to think so, as the two are spotted together

Since the duo’s latest spotting, the rumors surrounding Jennie and G-Dragon’s apparent relationship have once again gained traction.

As per a report from South Korean news agency Star News, the former was paid a special visit by the BIGBANG member while shooting for a product advertorial for which she is an endorsement model. As stated by Star News, the supposed couple are “dating well,” going strong, and meeting frequently.

Some fans were unconvinced by the news, owing to the lack of pictures provided when reporting the news.

rumor is just a rumor until there’s a perfect proof or confirm by the company that jennie and gd is dating.

wtf why are news articles claiming that jennie and gd are dating when there are no pictures/proofs!?!??!?! leave jennie alone

These rumors first saw light when South Korean newsgroup Dispatch said that the two K-pop idols had been dating for almost a year. They also provided pictures of the two meeting at G-Dragon’s home in Seoul’s Hannam-dong.

Dispatch is infamous for revealing secret celebrity couples in the K-pop industry. Usually, the pairs they assume will generate the most buzz and hype are reserved for revelation on New Year’s every year.

When pushed to comment on the dating rumors (when they first broke out), YG Entertainment put out a statement saying they couldn’t confirm anything regarding the private lives of their artists.

Jennie and G-Dragon were first seen on-screen together for the latter’s “That XX” music video. It was released in 2012, and at that time, Jennie was around 16 years old, while G-Dragon was around 24.

The discourse was rampant among fans regarding the age gap between the two artists, with different perspectives being shared.

The fact that people used to call Jennie “GD’s daughter”. That does not age well 😭

THEY ARE TWO CONSENTING ADULTS.

jennie and gd…. can old men find people their own age….

What’s wrong if GD had known Jennie since she’s 15? Why’s that a bad thing? Lmao unless GD started hitting Jennie on that age age but no, she’s 25 now. They’re both adults.

If jendragon is true, I don’t really care about the age gap but it’s the fact that gd literally saw jennie grew up i—– pic.twitter.com/sztdbIr66a

so jennie and gd have 7 years age difference-

As with the first outbreak of these rumors, there were plenty of fans supporting the two, asking others to respect their privacy and leave them alone.

idk but jennie and gd really looks good together but allkpp articles makes her look like a slvt like,,, whatthefvck leave her alone

ebarg, GD and jennie are just like siblings. why are you all so malicious!!??? LEAVE JENNIE ALONE

Wait there is a rumor again about GD and Jennie . If yess.. leave them alone…

As there is no confirmation from either YG Entertainment or the idols themselves, the alleged relationship is still technically just a rumor. Aside from their initial statement, the agency is yet to respond.